The diseases the world forgot about

They are called neglected diseases. A list of 20 conditions that each year affect millions of people. What these diseases have in common is that they hit the poorest populations the hardest - and that not enough is done to address them. 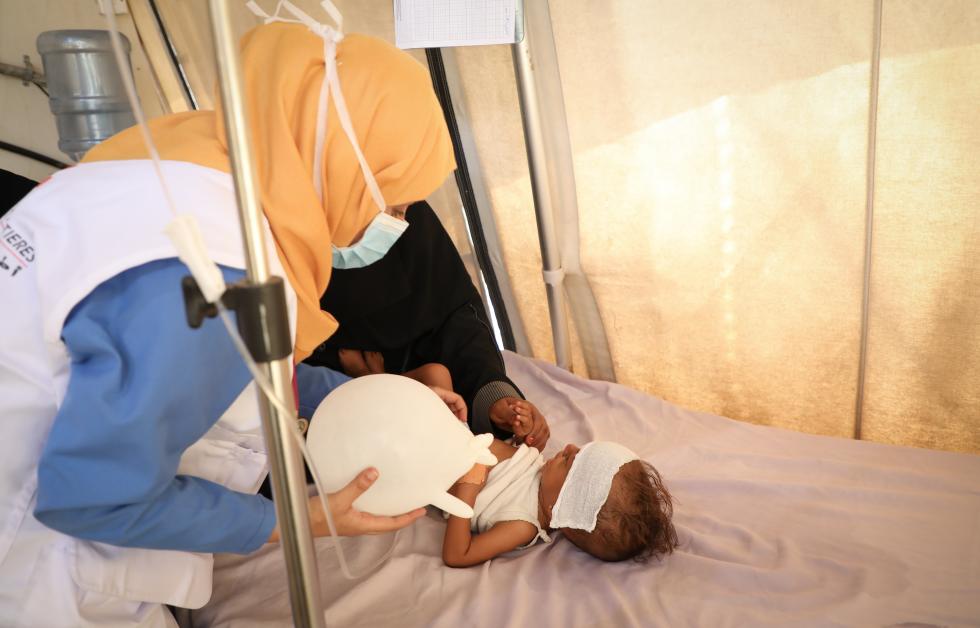 Photo: A year and a half old, Wijdan, is hospitalised in Ad Dahi hospital due to high fever. MSF responds to treat patients with tropical neglected diseases such as malaria and dengue in the area.
©MSF/Majd Aljunaid, Yemen

Leishmaniasis, sleeping sickness, bilharzia. Do these names ring a bell? They all have something in common, as three of the 20 conditions defined as neglected tropical diseases by the World Health Organization (WHO).

These diseases are mainly prevalent in tropical and subtropical areas in some 150 countries. While rare in Sweden, they have a devastating impact around the world. More than 1.7 billion people fall ill with a neglected tropical disease each year, and of these, hundreds of thousands of people die. Many of those who survive are physically and mentally scarred for life.

“Most often, these illnesses affect the poorest people,” says Dr Gabriel Alcoba, a specialist in tropical medicine and child health with Médecins Sans Frontières/Doctors Without Borders (MSF). “Those who are already sick or live in very remote areas where the road to healthcare can be long and fraught with danger.”

Dr Alcoba leads the MSF working group on neglected tropical diseases. He has extensive experience caring for patients with the diagnoses on the WHO list, particularly those affected by parasitic disease kala azar (visceral leishmaniasis) or snakebite envenoming.

“We call them neglected because [their prevalence]is underestimated, there are no effective or easy-to-use diagnostic methods and the drugs are often old and expensive, and have severe side effects,” he says. “There is little risk of these diseases being passed on to high-income countries and causing a global outbreak. Therefore, not enough research has been directed at them.” 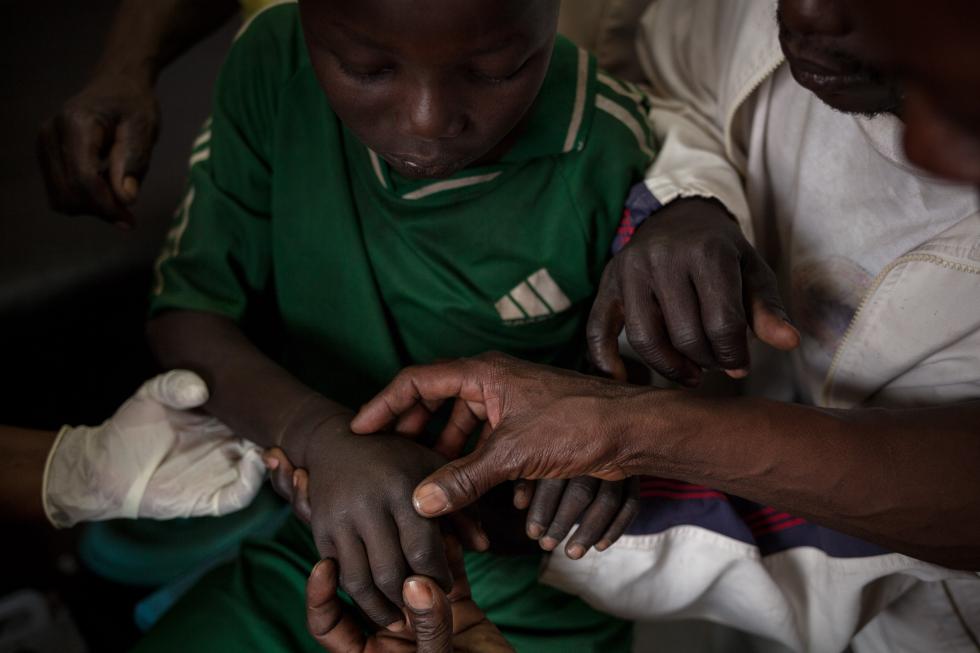 Photo: Nicsonne Dadjam, 13, is treated at Paoua Hospital, northwestern Central
African Republic, supported by MSF. He was bitten by a snake while working in the fields in his village,
2 hours by motorbike from Paoua
©Alexis Huguet, Central African Republic

Do not have to search for them

But these diseases affect many of the patients who MSF works with, especially those living in areas that are remote or underserved in terms of health services.

“We work with all the diseases on the list, from the most common to the rarest,” says Dr Alcoba “We don't have to look for them.”

Dr Alcoba stresses that neglected tropical diseases cause great harm from a public health perspective, not least if you look at disability-adjusted life years (DALYs). Several of the diseases can, in the most severe cases, leave patients with deformed limbs, and treatment for these diseases may involve an amputation or other surgical interventions.

“Most patients treated by MSF for neglected tropical diseases are children, teenagers, and young adults. The psychological strain of these conditions is also great; nightmares are common among young patients, and many don't want to go to school for fear of being teased.”

In some countries, tropical illnesses are a substantial burden of disease.

“Along the border between Sudan and Ethiopia, kala azar is one of the common causes of persistent fever, leading to almost as many deaths as tuberculosis and malaria," says Dr Alcoba. 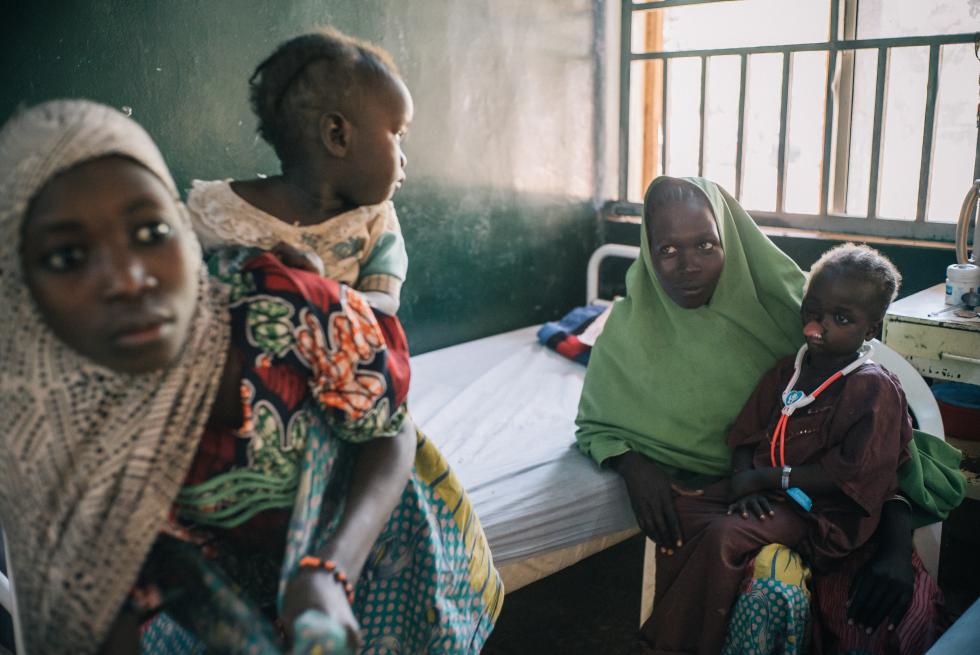 Photo: Yaashe, a six-year-old noma patient from Borno state, sits inside the female
ward in the noma hospital with her mother Yagana and her siblings, Fatima and Falmata.
© IDENIZ/Claire Jeantet & Fabrice Caterini, Nigeria
Noma is currently not included in WHO list of Neglected Tropical Diseases, but MSF is advocating for NOMA to be acknowledged as Neglected Tropical Disease.

Medical products to diagnose and treat kala azar, as with many other diseases on the list, are not adequate and can present huge challenges for patients.

“The drugs are toxic and can affect the kidneys and heart. Some of them can even cause deafness," says Dr Alcoba.

There is no vaccine to protect against kala azar. In fact, of the 20 diagnoses on the neglected tropical diseases list, only one – rabies – can currently be vaccinated against, and people still require treatment with antibodies if they are infected. One vaccine has also been licensed for use against dengue.

Like rabies, many neglected tropical diseases are zoonoses, which are diseases transmissible from animals to humans. The infectious agents vary: most of them are parasites, but others are viruses, bacteria, fungi and snake venom.

The environment plays a big role in who is affected by neglected tropical diseases. Perhaps you live in an environment with animals close to you. Or you work barefoot in the fields, which increases your risk of being bitten by a snake or infected insect. Or maybe there is only contaminated water available for you to use for drinking or bathing.

“When I worked in Agok in northern South Sudan, many of our patients were internally displaced people who lived in tents by the river,” says Dr Alcoba. “When Agok was hit by floods many of the displaced people were bitten by venomous snakes, which made their way into the huts or tents at night.” 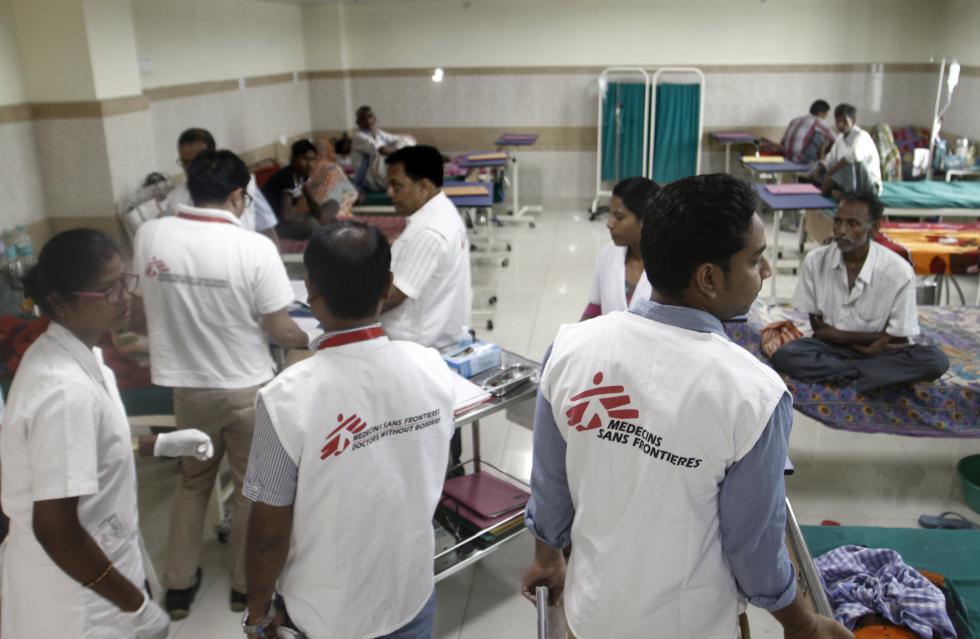 Conflict, poverty, and climate change are contributing to the spread of some tropical diseases. After the floods in Pakistan this year, there have been reports of more people being bitten by snakes. Dengue fever has emerged in new areas around the globe, in a context of global warming and increased travel.

“There is currently a rabies outbreak in Yemen,” says Julien Potet, policy advisor on neglected tropical diseases at MSF. “Years of war have seen the vaccination of dogs collapse and MSF is now seeing more and more patients bitten by stray dogs that likely have rabies.”

Potet has worked for 11 years to put pressure on governments and pharmaceutical companies to pay more attention to tropical diseases.

“It can be difficult to live a normal life and have a job if you fall ill,” he says. “In many countries, people with neglected tropical diseases face stigma and social isolation, but also a huge financial toll. MSF’s care is always free, but in many places, patients have to pay for at least part of the treatment.”

This can lead to what researchers call "catastrophic health expenditure", which is a measure of the burden of healthcare expenditure on a household’s available resources.

“Patients are often forced to borrow money or sell animals or property to pay for their treatment,” says Potet. “There have been studies on how snakebite poisoning has caused entire families to fall back into poverty, even in middle-income countries. The diseases can also have a major impact on livestock herds and are therefore a threat to people who rely on animal agriculture.”

As the COVID-19 pandemic swept across the world, many donors withdrew funding for tropical disease response. One example is the UK, which diverted resources towards the domestic COVID-19 response.

“Several projects focused on schistosomiasis and kala azar in East and West Africa were forced to suddenly shut down during COVID-19”, says Dr Alcoba. “With the energy crisis and the troubled global economic situation, health budgets have shrunk, and funding has not returned to pre-pandemic levels.”

Dr Alcoba and Potet agree that more attention needs to be paid to neglected tropical diseases as a matter of urgency.

“It is not that they are unpreventable or untreatable, says Potet. “If sufficient investment is made over a significant period of time, it will pay off. The most striking example is the development of an effective treatment for sleeping sickness by the Drugs for Neglected Diseases initiative (DNDi).”

It was in 2018 that the DNDi, which MSF co-founded at the turn of the millennium, launched an oral treatment for sleeping sickness. Previously, patients with sleeping sickness had to endure painful injections of a medication containing arsenic.

“Sleeping sickness cases have decreased significantly since 2018. So, there's no reason to think this wouldn't be possible for other diseases,” says Potet. 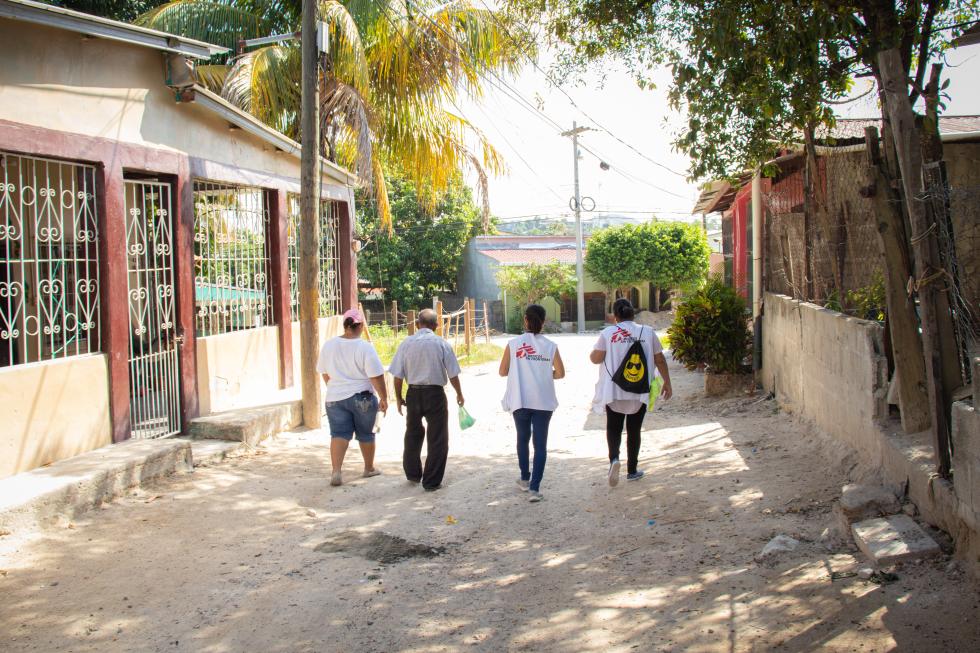 Last year, the WHO launched an ambitious roadmap to reduce illnesses and deaths caused by neglected tropical diseases, with one of the targets being to reduce the number of people needing care for these diseases by 90 percent by 2030.

But there are some diseases that are so neglected that they are not even on the list of forgotten diseases. One of them is noma.

“It's a bacterial infection that starts in the gums and spreads to the cheeks,” says Dr Acoba. “Today, noma mainly affects malnourished children in low-income countries, but the disease existed in both the concentration camps of World War II and in Russian prisons in Siberia. So, it can occur anywhere under the right, or rather wrong, conditions."

Noma affects around 140,000 children every year and patients usually need surgical treatment and psychological support, which MSF provides at a specialised hospital in Sokoto in north-western Nigeria.

“We have seen how stigmatised these patients are, they are shut out of society,” says Dr Alcoba. “If people can access treatment quickly, the damage to the face doesn't have to be severe. We've been working hard to get noma included on the WHO list, bringing in ministers from Nigeria, Burkina Faso, and Switzerland. We are also working with the NoNoma Federation, which is a collection of organisations working on the disease.”

There are indications that noma will be included on the WHO’s list in 2023. Both Dr Alcoba and Potet stress that perhaps the most important role MSF can play is to continue to shine a light on these diseases through sharing our experiences and assisting patients to share theirs,  especially in contexts where there is little media attention or few other organisations responding.

“We must continue to put pressure on the WHO, pharmaceutical companies, and other stakeholders,” says Dr Alcoba. “The people affected by these diseases often have no voice in society. They must be able to share their stories. It is both unacceptable and unethical for these diseases to be forgotten."

Fact box: Neglected Tropical Diseases according to WHO